Earlier this week Victoria Beckham, looked demure as she picked up the award for ‘Best Designer Brand’ at the 2011 British Fashion Awards. Anyone who has seen her collection knows she is entirely deserving, showcasing creative, edgy and elegant designs. 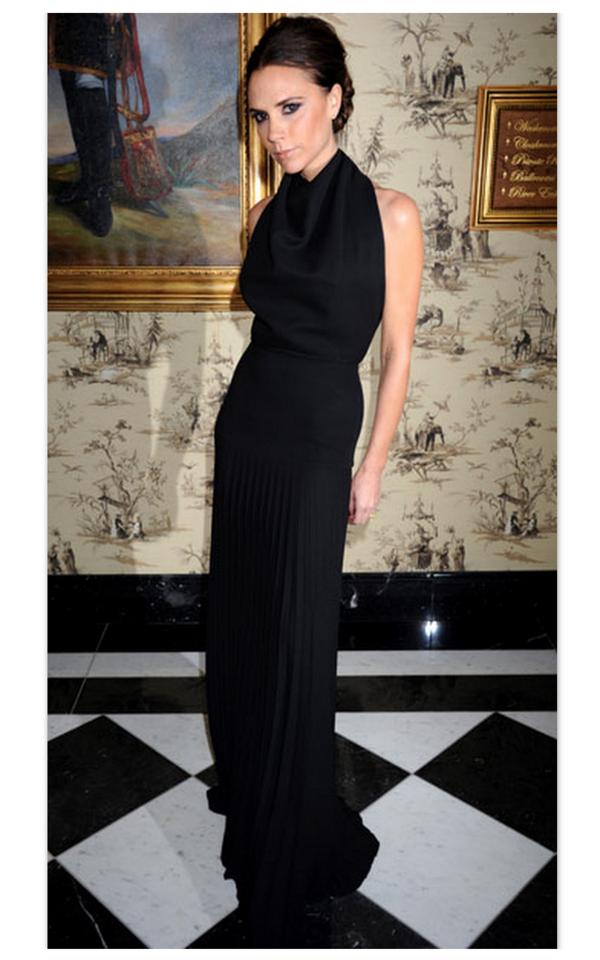 Previously we’ve known Victoria as being one fifth of the world’s most famous girl band, a failed solo-artist, and  footballers wife. Having been in the spotlight for nearly twenty years, she has become a style icon herself – but she hasn’t always been as effortlessly chic. 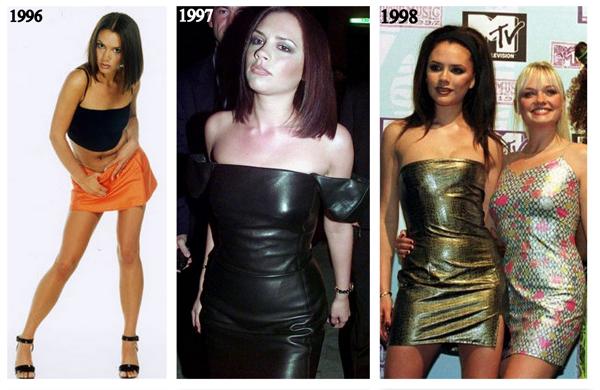 Spice Girl: As a newly famous spice girl in the mid 90’s, Victoria quickly established her love for designer clothes, earning herself the title ‘Posh Spice’. These early fashion choices are tacky and showy – but she was young and stage-ready outfits rarely add up to chic – she can be just about forgiven for these. 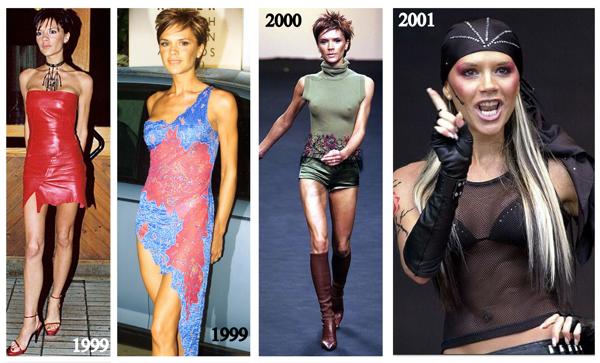 SOLO Here the 1999’s torn red leather mini-dress is awful, looking like a cheap half finished Halloween costume. Her second ensemble shows some promise as she moves away from her tacky 90’s look. In 2000, she had her first venture into the fashion industry modelling for Maria Grachvogel at London Fashion Week. 2001’s on-stage ensemble is terrible, ugliness of the outfit aside – you can the the look just isn’t ‘her’. 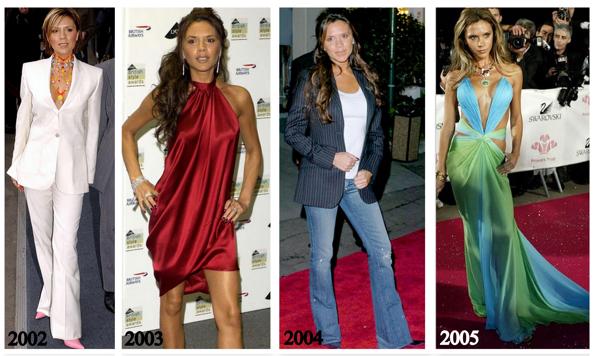 Footballers wife: Appearing in 2002, wearing a simple white suit, Victoria ruins the look with tacky shoes and a disastrous busy necklace. 2003 is when things start to look up: this outfit is much better, soft sexy and less try-hard. She keeps up the good work in 2004 with a classic blazer and jeans combo and with 2005’s revealing but beautiful gown. 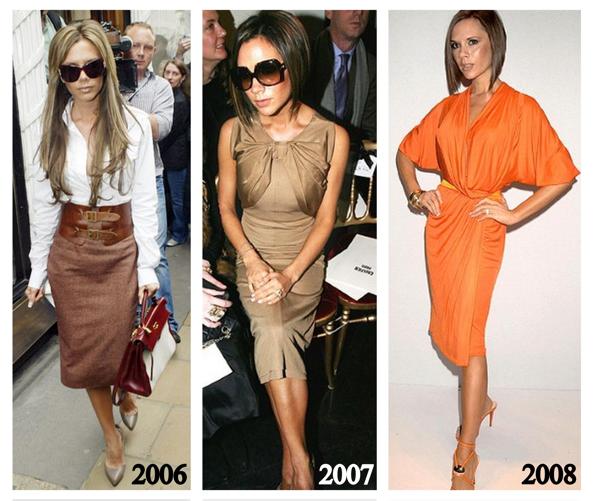 Style Icon: This is when Victoria ups her game. 2006 onwards saw VB step towards a much more sophisticated image. It seems that she has grown up and found her fashion feet, taking on a much more elegant, lady-like look. Bravo! 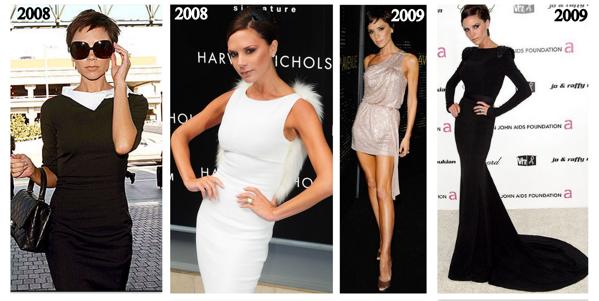 Ever since she’s been keeping it simple and chic in classic shapes and elegant cuts. 2008 saw her looking very Audrey Hepburn (which is always a good thing). 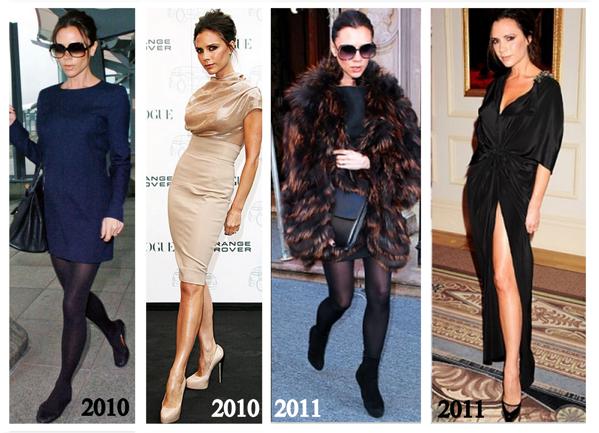 2010 and 11 confirm that Victoria’s style is here to stay. Cementing her place as a style icon, her wardrobe revolves around classic staple pieces, and stylish accessories. Victoria’s fashion evolution proves that style doesn’t always come naturally at first. However, with some time, and good advice anyone can find the look that is right for them.