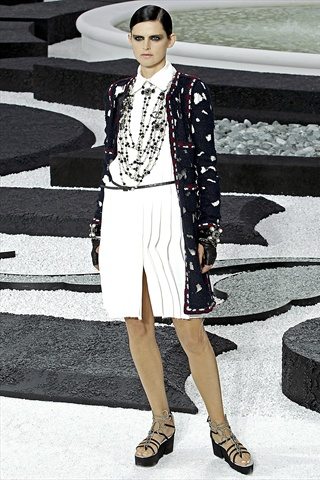 The anticipation in the air was almost palpable for the Chanel show. The sound of flowing water was suspended amid a veil of silence. They were all there, fashion and media royalty, fabulously seated facing a recreation of the gardens of Versailles within the walls of the Grand Palais in Paris. And they were all there for him, the Emperor, Karl Lagerfeld. 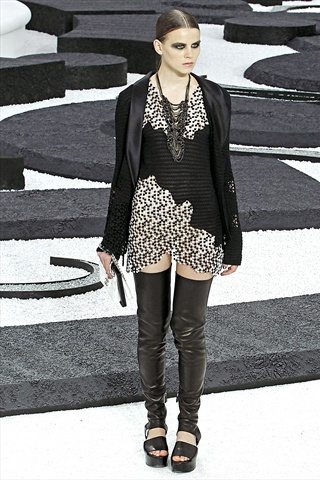 It was with this grand backdrop that Chanel showcased the Spring Summer 2011 Collection. I’m surprised twitter did not go into overdrive from the multitude of exuberant tweets from editors and journalists. The collection had 85 looks and 80 models each talking a five minute catwalk. 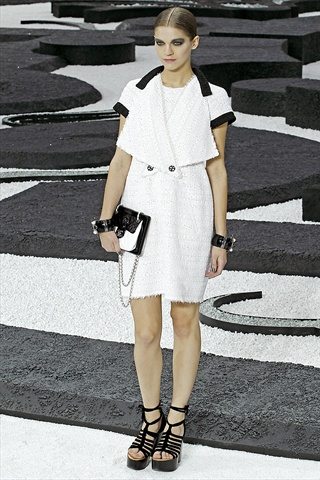 All the Chanel classics were there, from the suits, to the quilted bags, to the black and white, but for next season was Lagerfeld’s vision infused with a more contemporary feeling to the collection but as usual Très Très Chic. From jackets to dresses and trousers we have applied patches with backgrounds of white silk inserts, the Chanel silhouette is more fluid than the original, losing its rigidity. There was an aura of coquetteness and flirtyness which was introduced with feathered tailleur dresses. 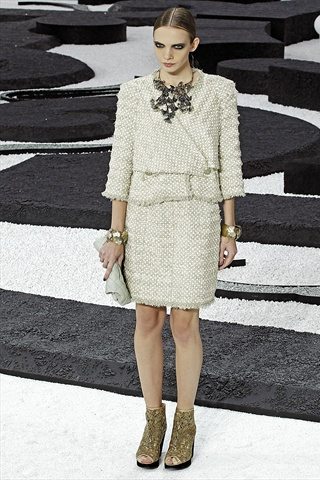 Just when we though it couldn’t get any better Kate Hessen sashays into view holding a Black parasol in the shape of a Coco Chanel hat, introducing the dramatic Camellia print with black background that came in chiffon dresses and skirts. The metallic tweeds will soon be taking over camel as next season’s luxury shade. 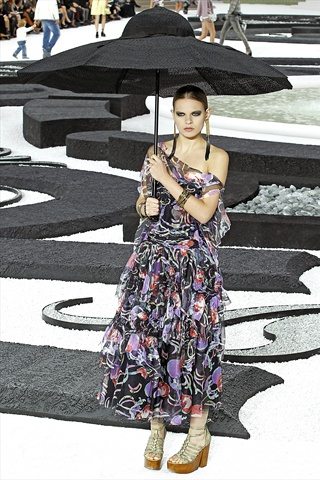 The accessories came in long gold ear rings and bags, glittering peep-toe boots, chain mail like gloves and black and white pearl embellished bracelets. The show shone even more brightly when Chanel Muse Ines de La Fresange appeared on the 76th look making it feel like a celebration of Maison Chanel  rather than a fashion show.

Karl is only person who could recreate the Versailles gardens in such fabulous way, and the emperor’s new clothes are the only ones worthy enough for such a show. 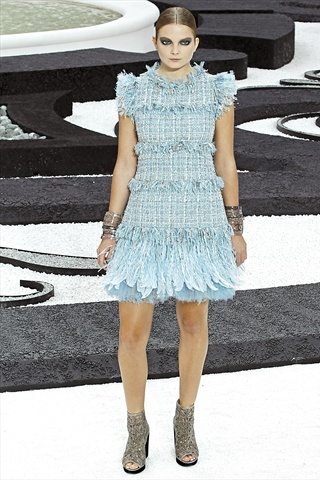 As the show came to an end with the orchestra rendition of the Verve’s Bitter Sweet Symphony, Karl and Ines closed the show, which was as much as an iconic vision as the label itself. 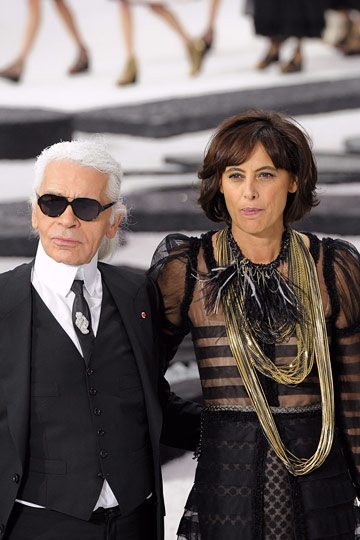 Hayley Bevan is a Personal and Fashion Stylist and is currently interning with a  former Harpers Bazaar Editor.