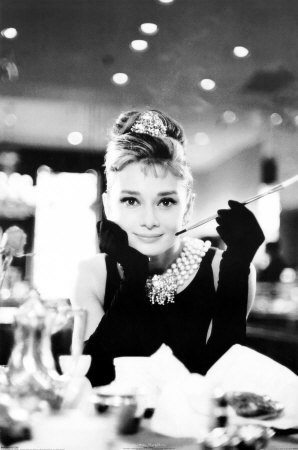 Film has always had an enormous impact on fashion.  Hubert Givenchy in creating a wardrobe for Audrey Hepburn in Breakfast at Tiffany’s created some of the most iconic and enduringly fashion images ever. Audrey is always top of any list of the most elegant women. 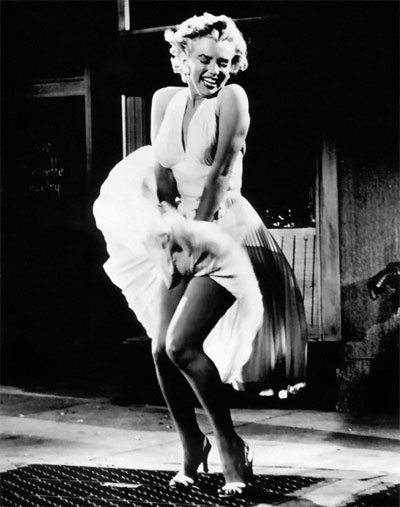 Marilyn Monroe in the most famous dress ever by William Travilla and Ferragamo stilettos appeared in the 7 Year Itch in 1955. Everlastingly imprinted on the brain is the image of the white halterneck dress above the street grating and Marilyn fighting to control the swirling skirt. In How To Marry A Millionaire who could forget that wonderful fuschia pink strapless dress as men fight to carry her off. 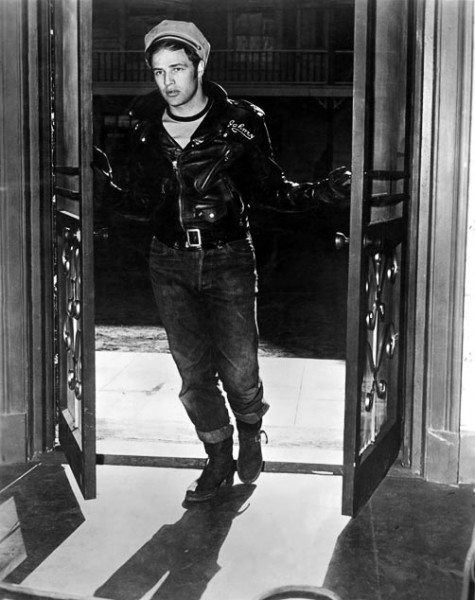 Heartbreakingly beautiful, broodingly sexy, bad boy Marlon Brando in On the Waterfront and a Streetcar Named Desire.  He made the T shirt, leather jacket and jeans a male fashion staple as relevant today as in the 50’s. 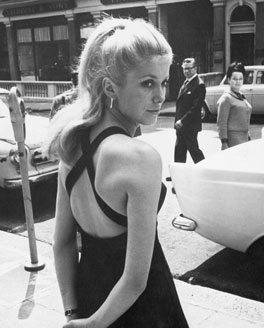 Yves St Laurent dressed Catherine Deneuve in Belle de Jour and she remained his muse for years. This dress for example is as stylish today as in 1967. Prim proper elegant of course, the ideal attire for misspent afternoons. Who would have guessed? 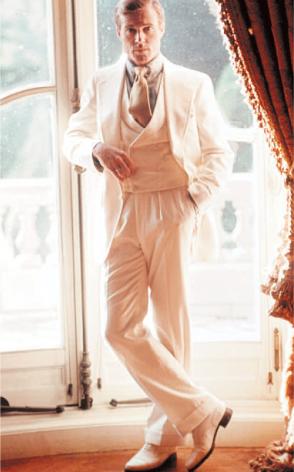 In the early 70’s Ralph Lauren was relatively unknown until Robert Redford and Mia Farrow appeared in the Great Gatsby dressed by him. Ralph Lauren again in Annie Hall saw Diane Keaton dressed in manly clothes still looking strikingly elegant in 1974. This set off a fashion for women to wear the boyfriend jacket and waistcoats the first time round. SS09 sees this repeated. 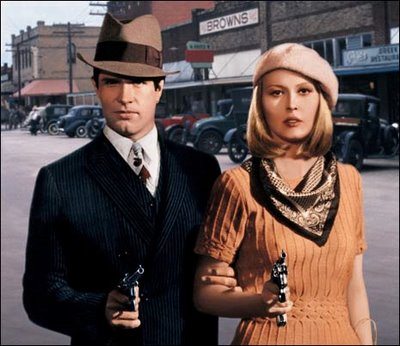 Bonnie and Clyde with Faye Dunaway and Warren Beatty set off a trend for 1930’s fashion. Theodore Van Runkles’ costumes and Faye’s wonderful hair made this film fantastically watchable. 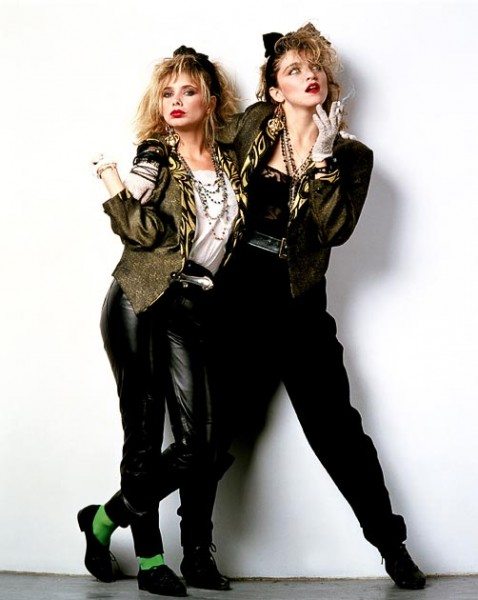 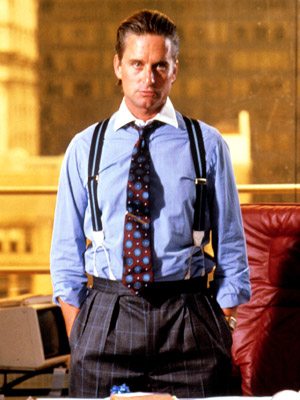 Michael Douglass in Wall Street symbolises the “greed is good” 80’s. In red braces and huge stripes the Yuppie was born and also our love of excess that continued unabashed until recently.

In recent years the massive success of blockbuster Sex in the City 2008 saw women everywhere striving to look like Carrie Bradshaw. Whilst appearing to barely work, Carrie accumulated effortlessly an enormous shoe and designer wardrobe collection. What was her secret? Can we have it please! 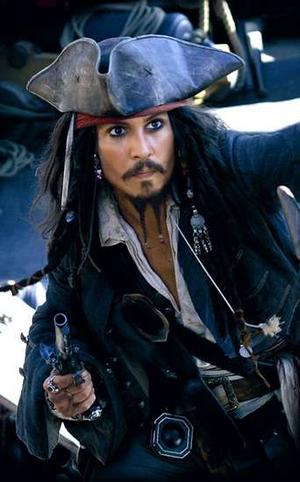 Johnnie Depp, who is himself a living fashion icon, starring in Pirates of the Caribbean, initiated another round of Pirate fashion. Not since the 1980’s with Adam Ant, has swashbuckling style been so in fashion! 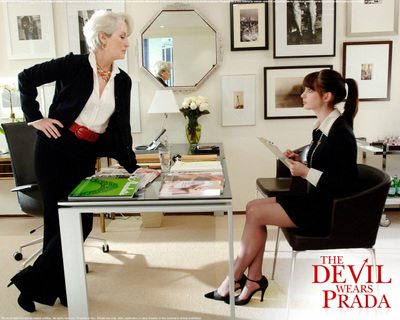 The Devil Wears Prada saw Meryl Streep 2006 with stunning grey hair in severely chic and elegant clothes whilst her younger underlings struggled to keep up. This was a serious fashion lady, helped by free clothes and a seemingly endless budget she looked just tremendous. 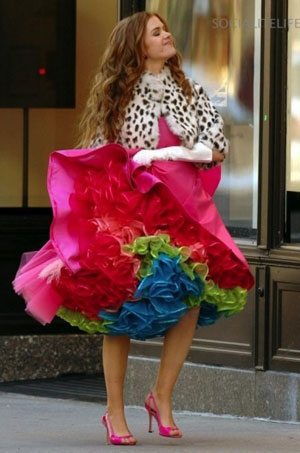 In Confessions of a Shopaholic we have Rebecca working hard, earning very little, but still determined to keep up to the minute. As an often inspired shopaholic a series of ecletic, whimsical, and original outfits ensue.

Bold contrasting colours, leopardskin, tartans, plaids, and chic monochrome outfits abound.  Brilliant accessories colour matched such as flowers, gold metal belts, fur boots in pink, show Rebecca is a girl who stands out, is adventurous but at the same time wears high fashion. The sheer exhilarating fun of so much of the fashion makes her memorable and copied. Becky even has a facebook app 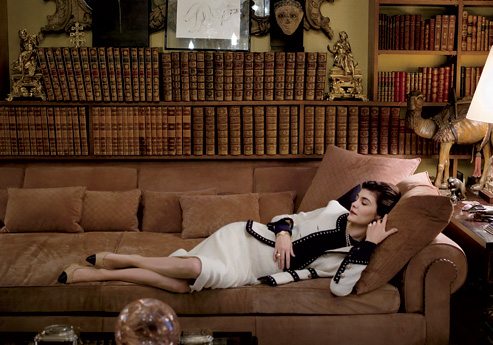 In Coco Avant Chanel, a new film about the supremely elegant, achingly chic Coco Chanel is an inspiration to women everywhere.

Gabrielle is credited with inventing the little black dress, the sun tan for upper class women, multiple strings of pearls, the eternal Chanel No 5 still one of the world’s top perfumes. 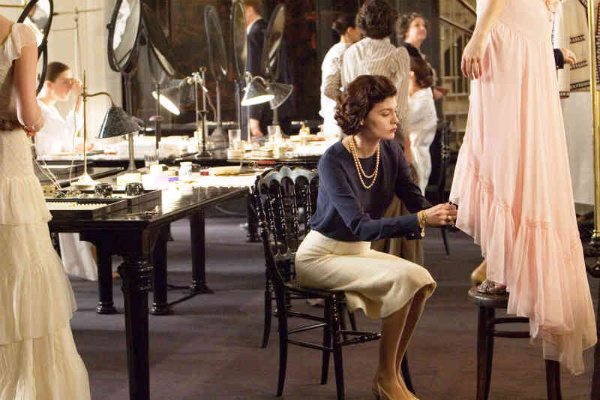 The invention of the boxy  short classic jacket, tailored dresses and trousers meant women could for the first time take men’s tailoring skills and make them their own. This film no doubt will stoke Chanel fever all over again.